Recently I gave several lectures to students about Agile methodologies. I split the lecture in two parts: the first presentation and short questions & answers session, the second -  workshop to try out Kanban in practice. In this post I’d like to share with you how I organized the workshop part. 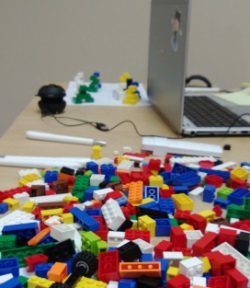 I chose Lego game for it to learn and experience Agile way of organizing work. I borrowed the idea and the setup of the game from two Agile enthusiasts Danilo Sato (http://www.dtsato.com/) and Francisco Trindade (http://franktrindade.com/). I was short in time for the game so I changed instructions a bit and narrowed down the targets to two. The first - to feel the difference between pull and push scheduling approaches and the second - to learn how to deal with frequent requirements changes during the production phase.

The rules were simple. We split to teams and each team was building Lego houses according to the instructions: 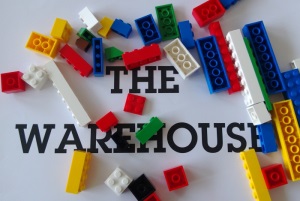 Warm-up: do whatever you want to produce as many houses as possible. After the round Demand card is played. Customer purchases. Capture results. Do retrospective.

Observations after the round: Chaos. Loud conversations. Representatives from all teams grab as many bricks as they can carry. After calculation the balance between money spent on materials and income from sold houses, all teams end up with negative profit. 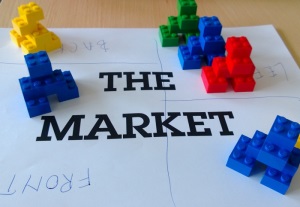 Visualize and limit work in progress: introduce “swim lines” (e.g.. “Select color”, “Pick bricks”, “Assemble”, “Put to MARKET”), think of a strategy what color houses to build not to end up in negative profit. After the round Demand card is played. Customer purchases. Capture results. Do retrospective.

Pull scheduling: select product owner, who gets requirements and priorities, follow the priorities. After a couple of minutes requirements change. After the round customer buys according to new priorities. Customer purchases. Capture results. Do retrospective. Observations after the round: More quiet in the room. Teams have planned before the round how  houses are they building this time.

Observations after the round: Some teams tried to do some actions in parallel: e.g. one takes bricks, while he brings it to the desk , another goes to take other portion of bricks. They did the same with house building process. There were teams that even ended up with positive profit.

After all the rounds we calculated the profit of each team and discussed what strategies helped to get a profit.